WARNING: For all of the following repair procedures, the hydrant must be isolated or the system depressurized and drained before removing the hydrant components. Failure to do so may cause pressure to be released resulting in severe injury or death.

AVK Hydrants are designed to allow all internal components to be easily removed without displacing installation.

3. Using the AVK operating wrench, or a large adjustable wrench, unscrew the Thrust Nut (F6) counterclockwise. (See Fig. 7A &7B)

NOTE: On oil filled hydrants, to avoid draining of oil from the oil reservoir in the bonnet (F14), press the Oilsaver sleeve (See Fig. 7E and 7F), with the stop ring placed downward) over the Upper Stem Rod (F16) during the disassembly. While holding the Oilsaver in place, lift the Bonnet (F14), and Oilsaver off of the Upper Stem Rod (F16). During reassembly inspect the Stem Seal O-rings (F15) and the Barrel Gasket (F17) for damage.

Watch the webinar explaining the step by step process 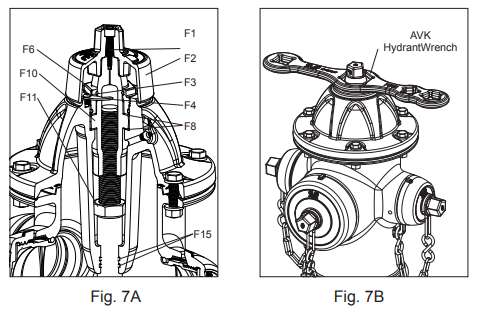 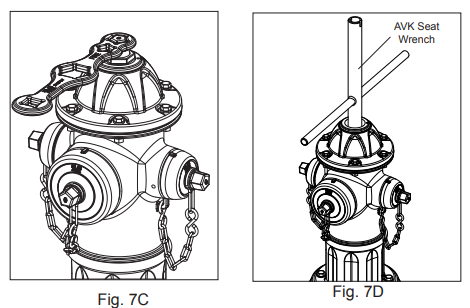 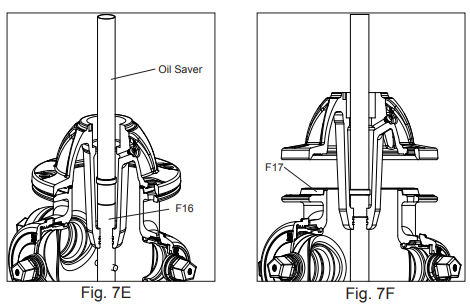 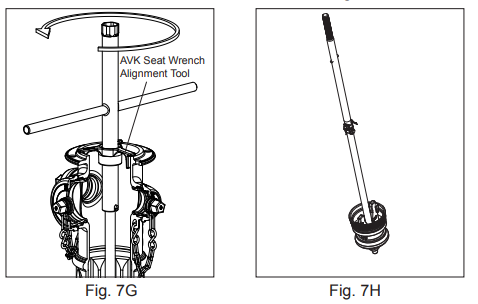 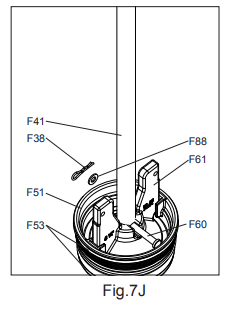